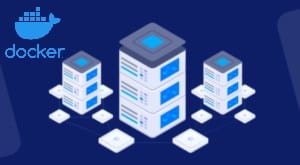 If you have been following the “cloud” trends you probably have heard of Docker. It is an open-source implementation of the LXC (Linux Containers) used for packaging an application and its needed dependencies into a container that can be deployed and replaced easily. The containerization in Docker is achieved via resource isolation (cgroups), kernel names spaces (isolating the application’s view of the OS, process trees, etc), and a union-capable file system (such as aufs – mounting multiple directories into one that appears to contain their combined contents).

Using containers removes the overhead of having to create, deploy and maintain full VMs for running your applications. As well as providing completely identical PROD, Staging, QA, DEV environments. In some cases you can even move a container from one server to another, making it ideal to spin a quick instance of your PROD environment on a separate server to do a quick test without messing with the actual PROD environment.

With Docker you can package an application and all the dependencies it needs and have it run in any server, making it completely OS independent – all it needs is to communicate with the Host Linux Kernel via the libcontainer library. An example of that is having your Application container run Debian packages and dependencies, your DB running on a CentOS container and your Host being on SuSE Linux.

Docker uses the libcontainer library to interface with the Host’s Linux Kernel and utilize its resources in a predictable way.

Official definition of libcontainer by Docker – libcontainer provides a native Go implementation for creating containers with namespaces, cgroups, capabilities, and filesystem access controls. It allows you to manage the lifecycle of the container performing additional operations after the container is created.

Containers @ Google – Google Search is the world’s biggest implementer of Linux Containers. To run Google Search operations they launch around 7000 containers every second. This amounts to 2 billion every week. Containers are one of the reasons for the speed and reliability of Google Search worldwide.

Container orchestration is a very important part of the Docker and DevOps world, there are many companies that provide orchestration frameworks – Kubernetes, Swarm, Mesos, CentOS fleet, etc.

Kubernetes Project – Kubernetes is a container orchestration system, originally designed by Google and open-sourced (donated to – Cloud Native Computing Foundation). It is based on the solution used by Google for automating deployment, operations, and scaling of containerized applications.

The Newest Docker version – 1.12 provides its own built-in container orchestration functionalities called swarm. It works by appointing a manager node and schedules tasks on the other nodes. They in turn take the role of workers that receive tasks from the manager (such as running ad-hoc containers on demand). Creating a swarm is as simple as this :

AUFS – Union FilesystemsUnion-filesystems are lightweight and fast. They operate by creating layers. Aufs provides the following features to Docker :

Aufs is a unification filesystem. Which means it takes multiple directories on the Linux Host, stacks them on top of each other, and provides a single unified view.

Within Docker AUFS provides image layering. Each Docker image references a list of read-only layers that represent filesystem differences. Layers are stacked on top of each other to form a base for a container’s root filesystem. The Docker storage driver stacks the layers and provides a unified view of them. When you create a new container you add a new writeable layer on top of the underlying stack (making changes to files, folders, deleting within the container are made in this layer).

A Docker image is an ordered collection of root filesystem changes and the corresponding execution parameters for use within a container runtime.

To build an image you use a Dockerfile that contains a set of instructions that tell Docker how to build the image. For example:

Then you build your Docker image using the Dockerfile that you just created:

(-d for detached ; –name to name your container ; mount directory /host/src/dir inside container as /opt/dir ; -p to assign ports from Host to Container and finally the image to run container from)The container start time is usually extremely fast – average of 500ms.
A container consists of

The main difference between containers and images is the top writable layer that is added by a container when it is run from an image. All changes (adds, deletes, modifications) are stored in the writeable layer. When the container is deleted the writeable layer is also deleted (the underlying image remains unchanged). Therefore application data is usually stored in a mounted Data volume from the Host.

Using a Data mounted volume creates a specifically designed directory within one or more containers that is excluded from the UnionFS. Data volumes are persistent even if the container is removed. They can be shared between multiple containers on the same Host.

Data volumes are created with the –volume or -v flag in a docker run command. For example:

DEVOPS WITH DOCKER – USE CASE EXAMPLE

Our example use case was aimed at solving some workflow issues and improving on the following DevOps processes:

The majority of our implementation was made with the following tools:

The continuous integration was implemented in Bamboo. Each build plan performs a git checkout of the branch with the Dockerfile, conf files and other installation scripts, builds the Docker image and pushes it into the private registry (Docker Trusted Registry).

The deployment process is performed in the CI tool, by just executing a docker run on the destination Host with the specific container runtime configuration (like environment variables, data volumes, open ports, links with DB container, etc). During deployment we perform some additional steps such as – stopping the currently running App and DB containers, removing them and their associated image, also after deployment is complete and containers are up, an automatic configuration of the DB Replication is performed with the other DB containers running the same Application database.This process allowed for the complete automation of all environments with different build and deployment plans for Production, Staging, QA, Dev.

With the help of Front-End web servers and having multiple instances of our PROD environments, we were able to achieve no downtime during deployment.

Additionally, Vagrant was used locally by Development and QA Teams to automate the creating and destroying of new instances of the applications using exactly the same images as used in Production/Staging.