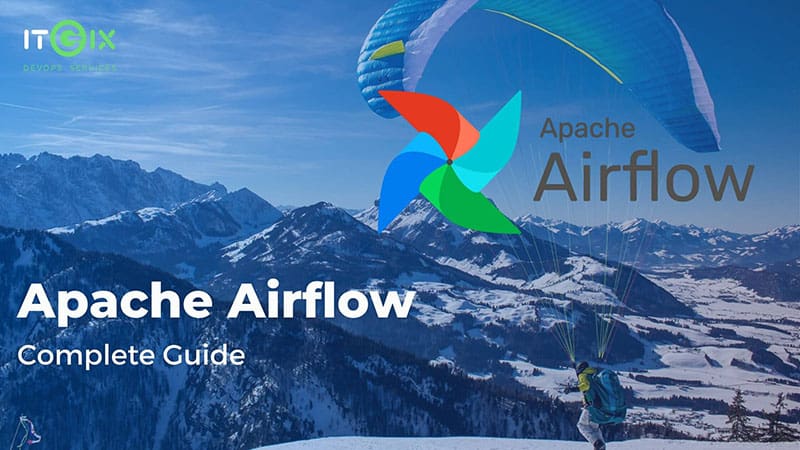 Before we unravel what Apache Airflow is, let’s first explain what Data Engineers and Data Scientists do.

Data Scientists use that same data to create a detailed analysis to predict trends and answer questions that are relevant to the organization.

1. What is Apache Airflow?

Let’s dive right into Apache Airflow and start our journey as Data Engineer and Data Scientist.

What is Apache Airflow and what is not?

In a previous Airflow’s version (version 1.0) all operators (providers) were built into the same giant Python package called Apache-Airflow. It was a huge problem when you needed to upgrade them individually (i.e. to use the next version of the operator).

A common issue that occurs is that one of the operators may have a problem that can’t be solved by the available configuration.

In this case, you can’t downgrade just the package of the problematic provider. The only available solution was to wait for the next Airflow update which fixes it.

With Airflow version 2.0 this is over!

This issue is the main reason to move forward with Airflow 2.0.

In this version, each provider is built as a separate python package. This gives you more flexibility by allowing the installation of just the packages that are required for your use case.

Some of the most used operators, such as PythonOperator and BashOperator are packaged as part of the base apache-airflow package.

What are the benefits of Apache Airflow?

Airflow Web UI is useful and gives you a lot of options to monitor, configure and troubleshoot your data pipelines.

Let’s say some words about products, rivals of Apache Airflow, and some of their pros and cons.

One product from the last few years is Argo Workflows and the main difference between Airflow and Argo Workflow is the language that you can use to write your data pipelines.

2. Which are Airflow’s core components and how many different architectures can it have?

Each Airflow 2.0 deployment should have the below-mentioned core components. Depending on what kind of architecture (One Node or Multi Nodes) and Executor types you choose, core components will have a different place in the nodes. The main Airflow’s core components are:

If you choose the One Node architecture then Airflow’s core components would be combined in one node. Moreover, the Queue would be a part of the Executor.

If you choose the Multi-Node architecture (with Executor type Celery) Airflow’s core components would be organized in a way that can be seen in the diagram below. Essentially, you should use Redis or RabbitMQ for the Queue (which is not the same as the database you used for Metastore). Moreover, it is useful to deploy Airflow Flower which provides a Web UI to manage Worker Nodes and see the status of each task in the Queue.

3. What is the main provider in Airflow and how can you install different providers?

A provider is an independent python package that brings everything you need in order to interact with a service or a tool such as Spark or AWS. It contains different connection types, operators, hooks, etc. You can check out the official Airflow documentation page for an exhaustive list of all Airflow’s providers.

4. What are Airflow Operators – types and characteristics

Little by little, we get into the essence of the tool and we are already very close to the first data pipeline. Before that, we should discuss some of the most important components called Operators.

One general rule you can keep in mind is: “Each Operator only defines a Single Task in a data pipeline”

Airflow has three types of Operators:

5. What are Task and Task instances and what is the difference between them?

The main difference between a task and a task instance is the following: A task becomes a “task instance” when it is scheduled for execution.

6. How many Executor types are there in Apache Airflow?

Depending on which Airflow’s architecture you use for your Airflow deployment, you can select from the list below:

7. What is Directed Acyclic Graph or DAG?

What would Apache Airflow be without DAGs?
DAG (Directed Acyclic Graph) is a data pipeline that contains one or more tasks without loops. They can be separate or dependent on each other. In the picture below, you can see what a DAG looks like and how it differs from the standard pipeline.

8. Execution process overview of one task in Airflow (One Node architecture)

In the picture below you can see the end-to-end process – an overview of how a task is executed. After adding a new DAG file in the DAGs folder, Airflow monitors to discover new DAGs.

XComs is used for “cross-communication” and it allows you to exchange a small amount of data between tasks.

The limit of data depends on what kind of database is used for Metastore. Using:

10. Which are the main Airflow’s configuration parameters?

The main Airflow’s configuration parameters are:

You can configure these parameters to achieve better performance for your Airflow instance and data pipelines.

If you’re considering a position as a Data Engineer or Data Scientist you should definitely get familiar with Apache Airflow. It’s a great tool that can save you a lot of time, speeds up processes, and adds value to your organization.

If you want to master writing DAGs and learn all the best practices, then stay tuned for our next extensive guide on Apache Airflow in our blog.